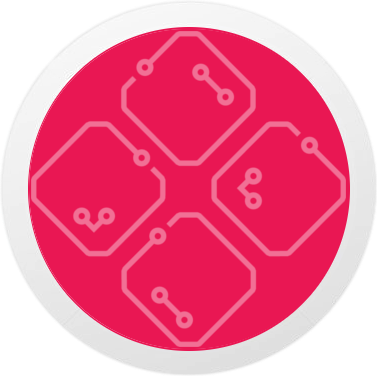 Remember that in order to get your travel reimbursement you must submit a project to Devpost before the deadline.

How to get to HackUPC

We recommend checking out the Citymapper app, they usually have a really great updated information about public transportation.

Don't get a T-10 ticket if you are in the airport, you won't be able to use it from there. Buy a single trip ticket from the airport instead.

Take the metro L9 in Zona Universitària towards Aeroport T1. Stop at either Aeroport T1 or Aeroport T2 depending on the terminal your plane is departing from.

If you take the train, you will probably arrive at Sants Estació. From there you need to take the metro L3 towards Zona Universitària. Get off at Palau Reial, from there you should see some signs pointing where HackUPC is, otherwise you can check out our maps.

The processing of travel reimbursements takes some time. Our schedule depends on our sponsors' schedule. We expect to have them sent out in a 1 - 2 months time period. Also, remember that you need to post a project before the deadline in order to get the reimbursement.

These are HackUPC Winter 2017 competition rules. They are a customized version of the standard competition rules used at MLH Member Hackathons. If you have a suggestion for these rules or a question about them, please submit an issue here.

The spirit of the competition

Remember that hackathons are like marathons. Some people go to compete but most people take part to better themselves and have fun. Whatever the reason is you're at a hackathon, make sure you're upholding the hacker spirit by collaborating with other teams, helping beginners, and having fun.

The rules of the competition

After hacking finishes, teams will show their projects each other and to the judges.

You are encouraged to present what you have done even if your hack is broken or you weren’t able to finish. It's okay if you didn't finish your hack—that happens all the time! Completion is only one part of the judging criteria, so you might still do well. Also, demoing is not just about the competition. It's a chance to share with others what you learned and what you tried to build—that's what hacking's all about! For being courageous enough to demo, you'll receive a special MLH "I Demoed" sticker—it doesn't matter how good the demo is! In the case that you don't have anything to demo, you can give a presentation about what you tried and what you learned. Hearing what other people learned is interesting and inspiring for other attendees.

Teams will be judged on these four criteria. Judges will weigh the criteria equally. During judging, participants should try to describe what they did for each criterion in their project.

These criteria will guide judges but ultimately judges are free to make decisions based on their gut feeling of which projects are the most impressive and most deserving.

It's important to note that these judging criteria do not include:

So don't worry about coming up with the next big idea or building the next Facebook. You'll have plenty of time for that outside the hackathon. just focus on learning, having fun, and making new friends. At the end of the day the skills you learn and the friends you make might lead to the next big thing—but you don't have to do that to win a hackathon.

The competition is just a part of the hackathon. To make the most out of the event, try something new, teach other people, and make new friends!

Happy Hacking from the HackUPC and MLH team!

There won't be any Hardware Lab for HackUPC

We apologize for the inconvinience

We thank you for your patience

The best chatbot for a financial app

What type of chatbot can it be?

What will we take into account? Creativity, Performance and User Experience.
You see a prototype of their app here

You can find more infomation here

25% of all accidents are caused by smart device distractions.

Best use of Skyscanner API

Come by our Booth to get your API keys. Documentation. API talk on Saturday morning.

API documentation can be found herehere

Information and documentation can be found on the channel.

The challenge is to integrate another tool with Twist so that users can enjoy the best of both services and maximize their team’s efficiency. You can read more at bit.ly/doist_hackupc

The best hack decided by Bloomberg staff at HackUPC

Use AI and ML to solve real life problems.

Use AI and ML to solve real life problems.

When shall I arrive?

Registration will start at 3 PM on Friday. The opening ceremony is at 7 PM.

The closing ceremony is expected to end on Sunday 5th at 5:00 PM.

What if I cannot make it in time?

No problem. Just come to our InfoDesk for a late check-in. If you are confused, please reach out to any volunteer (white t-shirts) or organizer (black t-shirts).

Come to the InfoDesk during the event or send us an email to contact@hackupc.com

Yes. However make sure you have your wristband with you, otherwise we might not let you in when you come back.

Can I sleep now?

Yes, sure. You can find the sleeping spaces in A4 2nd floor. Some matresses will be provided. Unfortunately, we don't have enough for everyone!

If something is not working, please come to our InfoDesk and meet our awesome volunteers. They'll love to help you!

The deadline for project submissions is Sunday 5th 9:30 AM. Submit your projects here.

How does judging work?

We will have a judging expo on Sunday from 10:30am-12:30pm. Feel free to wander around and check out other projects, but make sure that at least one of your team members is at your table ready to present to the judges. The top teams will move on to an additional round of panel judging in the Closing ceremony.

The processing of travel reimbursements takes some time. Our schedule depends on our sponsors' schedule. We expect to have them sent out in a 1 - 2 months time period. Also, remember that you need to post a project before the deadline in order to get the reimbursement.

I have another question... Biene?

If you have any other questions and you can't find it here, make sure to pay us a visit at our InfoDesk.